All eyes were turned on the 22nd edition of Art Paris, as 112 galleries from 15 countries came together in Paris for what was the art market’s first major event in over six months. On Sunday 13th September, as the modern and contemporary art fair closed its doors under the vast glass roof of the Grand Palais, a general mood of enthusiasm reigned in recognition of its immense success.

Visitors in number and quality despite the health context

The total number of visitors was 56,931. As a consequence of the strict application of health and safety measures, the maximum number of visitors per day was voluntarily limited to 3,000 (instead of the 5,000 authorised in the Grand Palais) and the vernissage was spread throughout the duration of the fair by means of special, private daily previews from 10.00 am to 12.00 pm.

These measures avoided crowding, thereby ensuring conditions of optimum safety for exhibitors and visitors alike. If the number of members of the general public visiting the exhibition fair decreased by 10% compared to 2019 (when 63,257 people came to the fair), there was a massive 25% rise in visits by collectors and directors of cultural institutions compared to 2019, with a total of 23,218 professional and VIP guests.

All of the visitors underlined the audacity and tenacity of Art Paris in managing to organise a physical edition of the fair through thick and thin. Let’s not forget that the fair was first postponed and then reinvented online, before finally being reborn from 10-13 September. This historic edition saw collectors and French institutions make extraordinary efforts to rally round and play their part in supporting the work of galleries and their artists. The visitors also highlighted the dynamic nature of the French art scene (as illustrated by Gaël Charbau’s focus), the sheer quality of the galleries’ exhibits in which different generations rubbed shoulders (for example at Galerie Pauline Pavec where works by Jacques Prévert were juxtaposed with those by the very young artist, Mathilde Denize) and the arrival of major international heavyweights such as Perrotin amongst other prestigious galleries.

The fair welcomed around 30 friends of museum associations, mainly from mainland France because of the current travel restrictions, as well as numerous personalities such as Brigitte Macron, Roselyne Bachelot, Catherine Frot, Michel-Edouard Leclerc and Alain Ducasse to name but a few. 70 special visits analysing the works on show were organised for collectors with the invaluable assistance of the Observatoire de l’Art Contemporain and there were more than 450 accredited journalists.

Art Paris, the first art fair to take up residence in the ephemeral Grand Palais on the Champ-de-Mars in April 2021

After being the first art fair worldwide to open its doors after lockdown restrictions ended, Art Paris will also be the first art fair to take up residence in the ephemeral Grand Palais on the Champ-de-Mars from 8-11 April 2021. This spectacular temporary structure fit for the 21stcentury designed by architect Jean Michel Wilmotte is located in front of the Ecole Militaire and aligned with the Eiffel Tower: it will play host to the Grand Palais’ events until the latter reopens in time for the Olympic Games in 2024.

We look forward to meeting you again at the Grand Palais Éphémère, Champ-de-Mars in April 2021. 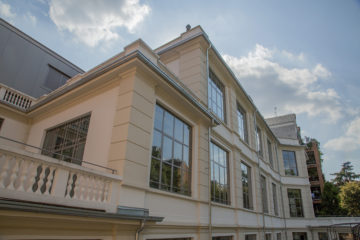 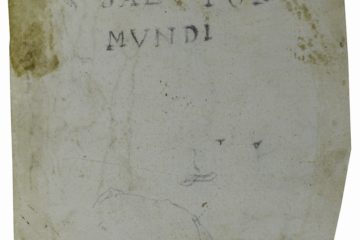