Sarfatti’s work has had a significant impact among the international collectors’ scene, as shown by the fact that the broad choice of exhibited works comes from the collection of Clémence and Didier Krzentowski, from Galerie Kreo (Paris), while it was mostly overlooked in Italy.

Among the contributors it is necessary to mention Archivio storico Flos that made a huge corpus of works available.

The exhibition also represents an opportunity to definitely consecrate Gino Sarfatti among the Masters of Italian and International design, as well as for reviewing its pioneering works in one of the most significant sectors in the project: lighting.

During his continuous, relentless activity developed from the end of the 1930s to the early 1970s, Gino Sarfatti has developed, propelled by a strong innovative drive, more than 650 lighting devices and organised their manufacturing and distribution in the major international markets.

A wide choice of items will tell the tale of Gino Sarfatti’s works, showing the connection between light and space whom he felt in a particular way, as well as the experiments and the inventions on the new lighting sources.

A catalogue, published by Corraini Edizioni with texts by Silvana Annicchiarico, Manolo De Giorgi, Piero Gandini and Roberto Sarfatti will be made especially for the exhibit.

Gino Sarfatti was born in Venice, from a Jewish father and a Catholic mother. In 1930 he moved from Venice to Genoa to enrol in the Air and Navigation Engineering Faculty.

He left the University in his fourth year when the naval sanctions imposed on Italy by the League of Nations caused his father to bankrupt.

The family moved to Milan.

Gino Sarfatti was a sales representative for a glassworks when, upon a customer’s request, he turned a vase into a lamp: it was then that lighting devices became his field of activity of choice.

He opened his own workshop in partnership with Lumen: on his letter paper he wrote “Gino Sarfatti – Lighting razionale” (Rational Lighting).

He hung around with Lica and Albe Steiner, Franco Albini, Lucio Fontana.

In February 1939 he, together with other big names of the Milan’s economics scene and the architect Maurizio Tempestini founded S.A. Arteluce: Popi Bolchini was the Chairman and Gino Sarfatti was the General Manager.

The retail point was at Corso Littorio (later renamed Corso Matteotti), at number 12.

On May of the same year he married Jolanda Marazza (whom he called Jole) and had two children with her, Riccardo (born in April, 1940) and Roberto (born in December 1941).

In November 1941 he took the lead and full responsibility for the company whose type was changed in  limited partnership.

Later, when the bombings started, his family and the production plants were moved to the High Brianza.

As the dangers posed by racial persecutions (especially for his father) increased he decided to flee the country in secrecy and spent the last years of wartime in Lugano (Switzerland), hidden in a convent and with great economic hardships.

In Italy Arteluce remained partly active and was entrusted to a younger collaborator.

Already in 1945 Gino Sarfatti returned in Milan in Via Cesena at the periphery of the City,  where he reorganised and restarted the business in a small flat reconverted to workshop and in the area right in front of it, covered by a canopy, while he took the rooms upstairs as a living place.

The business grew at a hectic pace and soon the first supply for the naval industry, “Conte Biancamano”.

In 1949 using funds provided by his wife’s family he built the first core of the new plant in via Privata Bellinzona 48 that became the only production office for the whole term of the company: the plant’s surface was about 400 sq m.

At the same time Gino Sarfatti founded in Rome, with one of his brothers-in-law, a large shop named ArCon, Arredamento Contemporaneo (Contemporary Interior Decoration) that distributed the best brands of interior decoration available on the market at that time: The economic and press success was amazing.

Gino Sarfatti later left this venture for personal reasons and took a trip to the USA where he consolidated his relationships with Lightolier; meanwhile the art direction of Arteluce was entrusted to Vittoriano Viganò.

In 1953 he appointed Marco Zanuso with the restructuring of the shop in Via Matteotti, in partnership with Albe Steiner: the whole shop became a showcase during the day while at night Albe Steiner’s linear Venetian blinds became niches for individual devices.

The shop became basically one of the key centres of contemporary lighting.

In 1950 some of Sarfatti’s models participated to the MUSA exhibit: Italy at Work: Her Renaissance in Design Today in Chicago, prompted by Gio Ponti to make the USA acquainted with the “Italian decoration arts”.

In 1951 nine of his models participated to the IX Triennale (the device no. 181 was even awarded a “Diploma d’onore”, a Honour Diploma, but Sarfatti refused it).

In 1952 a total of 11 lamps participated to the Mostra delle Arti Decorative Italiane in Paris, curated by Franco Albini.

In the Compasso d’Oro’s opening edition in 1954 model 559 received the prize.

The next year the Compasso d’Oro rewarded model 1055 s, where s means “scatola” (box) as the highly modular lamp was marketed disassembled.

In 1961 the first number of the “Casa Novità” magazine, which would later be renamed “Abitare” dedicated a long article and an interview to him.

In 1962 the historical shop in Via Matteotti had to be abandoned due to the owner’s needs. The new space, larger and with a better layout, was located in via della Spiga 23 and designed by Vittoriano Viganò who demolished part of the concrete slab of the basement to build up an exhibition space and a very large area that, together with the chipboard furniture drawn a lot of attention.

Effective from 1962, the Via Bellinzona plant was renovated and, in 1968, acquired a new, raised floor increasing its total surface to about 800 square metres: the Arteluce staff grew to its maximum size, about 35 people.

In 1964 his oldest son Riccardo was enrolled in the company but in the beginning he split his time between the company and the University as he first studied to graduate and then became a teacher; later he devoted himself to Arteluce taking care of the production, especially the larger supplies.

In 1964 he completed the orders for the Michelangelo and Raffaello turbiners.

In 1972 Gino Sarfatti designed and developed the “cloud”, the iconic feature of the great hall in the Teatro Regio di Torino, renovated by Molino.

In 1973, Gino Sarfatti ended his entrepreneur’s career and transferred the company (at the top of its success) and all the rights on his works and his design to Flos.

That same year the company was awarded another award, the Medaglia d’Oro (gold medal) at the XV Triennale di Milano.

While preparing for the major exhibition at the Beaubourg in Paris “Lumières je pense à vous”, in October and November 1984, just a few months after his death, Gino Sarfatti retold his story and career in an interview and correspondence with Jean François Grunfeld. 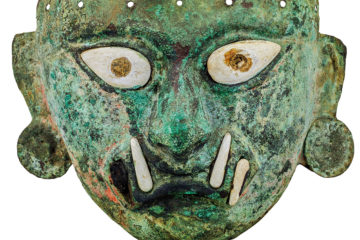 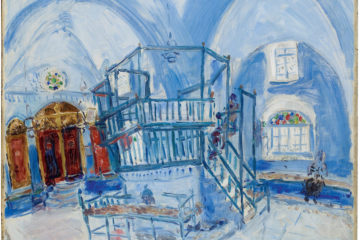