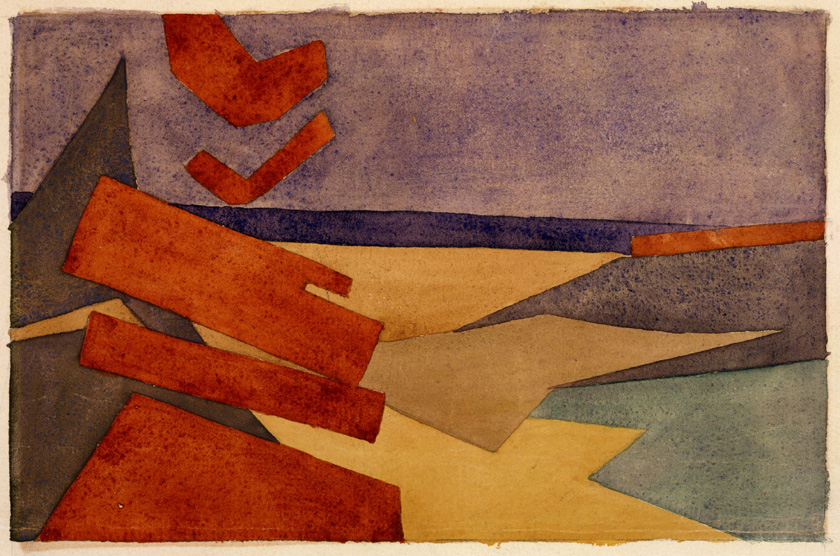 The Vorticists: Rebel Artists in London and New York, 1914-18 is the first exhibition devoted to this London-based movement to be presented in Italy, and the first to attempt to recreate the three Vorticist exhibitions mounted during World War I that served to define the group’s radical aesthetic for an Anglo-American public. An abstracted figurative style, combining machine-age forms and the energetic imagery suggested by a vortex, Vorticism emerged in London at a moment when the staid English art scene had been jolted by the advent of French Cubism and Italian Futurism. Absorbing elements from both, but also defining themselves against these foreign idioms, Vorticism was a short-lived, but pivotal modernist movement that essentially spanned the years of World War I.

The show will feature approximately 100 works, comprising paintings, sculpture, works on paper, photography, and printed matter, by renowned artists such as Wyndham Lewis, Jacob Epstein, Edward Wadsworth and Henri Gaudier-Brzeska. The Peggy Guggenheim Collection will be the second of three venues for the show, following its presentation at the Nasher Museum of Art, Duke University, Durham, NC, (September 30, 2010–January 2, 2011) and before it travels to Tate Britain, London, UK (June 14–September 4, 2011).
The exhibition is co-organized by the Peggy Guggenheim Collection, Venice, the Nasher Museum of Art at Duke University, Durham, NC, USA, and Tate Britain.