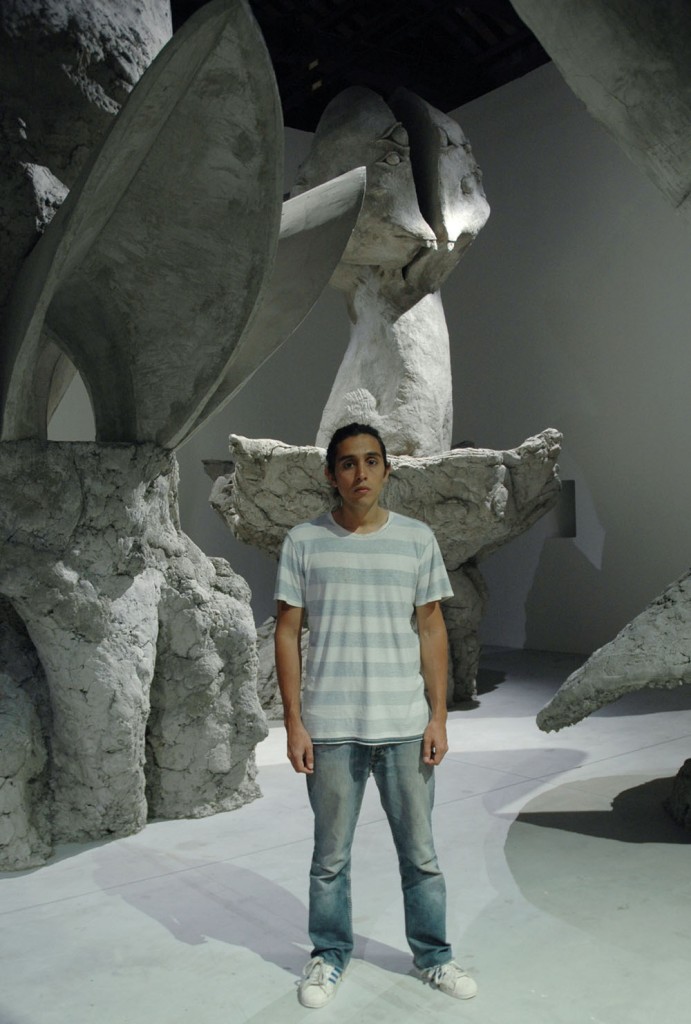 Signing of the agreement for the permanent Argentine Pavilion in the Arsenal
Venice, June 2011 – The 54th International Art Exhibition – La Biennale di Venezia is going to mark an important milestone in the long history attesting the unwavering participation of Argentine art in the Biennial, since it was the first Latin American country to be included in this international exhibition in 1901.
On the 3rd June, at the presence of President Cristina Fernández de Kirchner, it will be signed the official agreement between the Fundación Exportar and la Biennale di Venezia, that will let Argentina have its permanent Pavilion in the wonderful 500-square-meter spaces of the “Sale d’Armi” at the Arsenal, through their cession to Argentina for the next 22 years, thanks to the farsighted decision of the Ministry of Defence and the City of Venice, sponsored with resolution by the Biennale itself.

In a restoration project due to get underway shortly, the cornerstone of what will be the permanent Argentine Pavilion in the “Sale d’Armi” of the Arsenal will soon be put in place. The new space will be a permanent space for the communication of Argentine visual arts and architecture.

To celebrate the signing of such a relevant agreement, the Argentina’s participation in this 54th edition of the Art Biennale has been significantly increased. Besides the presence, at the national Pavilion, of Adrián Villar Rojas, a young artist from Rosario who is stunning the international art world with monumental works and unconventional materials, the Argentine delegation has been further enriched by the visit of the President Cristina Fernández de Kirchner, along with a group of artists.

This intense exhibition at the Ca´ Giustinian features works by fundamental 20th century Argentine artists. The attempt is to represent Argentine socio-cultural reality with its violent clashes, at time nostalgic immigration, and strong sense of social commitment that led many Argentine artists to produce work that addresses the struggle against social inequality and repression during military dictatorships. Despite the magnitude of the murder, disappearance and exile at the hand of the most recent of these dictatorships, it was not able to silence the images of artists who continued to attest to the violations of human rights suffered for decades. Today, some of those artists are leading figures in the visual arts, such as Luis Felipe Noé, Carlos Alonso and León Ferrari.

This exhibition includes a masterpiece by Antonio Berni, the greatest social painter in Argentine history. Berni, who is honored in this show, received an award at the 1962 edition of the Venice Biennial. In keeping with the firm and unwavering human rights policy of President Cristina Fernández de Kirchner´s administration, social issues figure prominently in this show.

It was in part the return to painting of those years but mostly the recovery of hope and confidence in an increasingly democratic country that offered Argentine artists, intellectuals and other creators manifold possibilities. The 21st century is witness to the process of recomposing a young but prolific, analytic and highly conscious art history that reflects on the past while keeping its eye on the future.

Inside the Artiglierie, at the heart of the Arsenal spaces, Adrián Villar Rojas has developed for the Argentine pavilion a site-specific installation of a series of monumental clay sculptures based on the theories of multiverses, which state that many different universes could coexist at the same time. They could be seen as material manifestations of alternative universes (multiverses), an apparition that contests our everyday notions of the world and reality. These volumes erected like monuments   also be a possible transfiguration of our present or even a glimpse into a potential prospect. Past, present and future merge in them disarticulating any sense of temporality.

The site-specific work “El asesino de tu herencia” (“The Murderer of Your Heritage”) by Adrián Villar Rojas presented at the 54th International Art Exhibition – La Biennale di Venezia in the Argentine Pavilion at the Arsenale’s Artiglierie and curated by Rodrigo Alonso belongs to a series of monumental clay sculptures that develop out of fiction stories and scientific possibilities. They could be seen as material manifestations of alternative universes (multiverses), an apparition that contests our everyday notions of the world and reality.

The figures have overwhelming scales and aged surfaces. They look like the remains of a devastated Empire or the ruins of an ancient culture that receded long ago. But their appearance is deceptive. These volumes erected like monuments could also be a possible transfiguration of our present or even a glimpse into a potential prospect. Past, present and future merge in them disarticulating any sense of temporality.

For the 54th International Art Exhibition – La Biennale di Venezia, Adrian Villar Rojas has developed a site-specific installation of monumental sculptures, drawing inspiration from the theories of multiverses, which state that many different universes could coexist at the same time as a consequence of slight deviations in the evolutionary processes of the cosmos. In those parallel worlds, humanity and many other creatures have different forms, appearances and properties. So the sculptures could be seen as materializations of these beings or even as a variation of ourselves. Thus, the large clay volumes that will take the whole space of the Artiglierie could be seen as simultaneous apparitions of these alternative worlds in ours, calling the attention to the other paths that humankind could have taken during its evolutionary history. Taking this concept even further, the artist will develop a similar monumental piece to be placed at the Jardin de Tuileries in Paris next September with the cooperation of SAM ART Projects and the Musée du Louvre. Simultaneously, a story is being told. The members of a final civilization gather together in an old amphitheater to represent their origins until they die. Their remains are now the last artwork of their history, a last aesthetic act.

To create the work, eleven people have been working together in-situ at the Arsenale for two months to build a series of monumental sculptures made out of 25 tons of clay, cement, burlap and wood.

“I build monuments because I’m not ready to loose anything”, Adrián Villar Rojas has stated. But a sensation of lost is still there. The sculptures point to something extraordinary and beautiful that we are unable to understand. They are monuments to a nameless memory and also metaphors of silent resistance. A last artwork of humanity.

In the words of the curator Rodrigo Alonso, “Adrián Villar Rojas is a talented young artist who has been receiving important critical attention during the last years. With him representing Argentina at Venice Biennial we deepen our compromise with the emergent production, insufflate energy and vitality to the new venue, and bet to the future by creating a platform to establish an ongoing dialogue with the international art scene.”

“Adrian Villar Rojas’ work possesses a distinct personal tone. It combines formal experimentation with the construction of a narrative which allows him to reflect on art, its forms of appearance, and its meanings, as if it were the end of times and the end of the world. His last pieces derive from a story which speculates on the present from a hypothetical future, unfolding the political dimension of fantasy. Focused on that end of the world –ours– he suggests that we rethink the place of art creation as a shelter from existence, passion and sensibility.”

“At the same time, Villar Rojas sees his work as an alternative to the traditional Latin American art image, linked to simplicity and ready-mades. For this reason, he embarks on ambitious and complex projects, which intend to hold a conversation with the works of his international peers at the same level of potentiality and risk.”

THE FUTURE OF A PROMISE: THE FIRST PAN-ARAB SHOW OF CONTEMPORARY ART AT THE VENICE BIENNALE

THE PAVILION OF TURKEY AT THE 54TH INTERNATIONAL ART EXHIBITION, VENICE BIENNALE