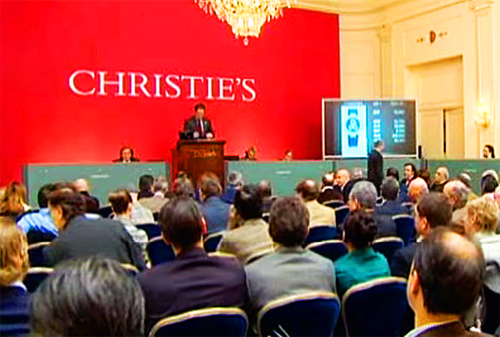 Christie’s sales worldwide continue to increase across multiple categories as the global art market continues to expand.  While record results in Hong Kong reaffirm it as a growing global art hub and Asia as the fastest growing art market in the world, the strength of the European art market was also firmly illustrated by Christie’s sales across the region. Following a blockbuster year in 2010 for the sale of collections in the US, Christie’s New York saw fewer collections come to the market but a continuing renewed confidence in the market for fine art, antiques, jewellery and watches and wine driven by increasing participation from private and trade collectors. Spanning the global activities of the company, at all market levels, a growing client base continues to acquire works of art.

“The continued demand for art in the first half of this year is a clear indication of the enduring vigour and passion for great works of art throughout the world,” commented Steven P. Murphy, Chief Executive Officer, Christie’s International.  “Christie’s results reflect the firm’s commitment to serve a global audience. As our company continues to evolve to meet the needs of collectors worldwide, we continue to keep art, experience and expertise at the centre of Christie’s activities.”

Strength and Depth of the Market at All Price Levels

In the first half of 2011, Christie’s increased the number of lots sold by 30% year-on-year and led the market at all price levels demonstrating its commitment to serving collectors who participate at differing price levels.  Christie’s sold 8 of the top 10 lots offered in the public marketplace each selling for in excess of $20 million. The company also sold 376 lots over $1 million at auction.

The strength and stability of the auction market continues to be demonstrated by high sell-through rates at all price levels. In the first half of 2011, average auction sold rates (by lot) were 79.0%; on a par with the corresponding period last year. Works priced between £500,000 and £1 million also continue to sell particularly well, with average sell-through rates in excess of 90%.  Concurrently, the solid performance of Christie’s regional salerooms such as Christie’s South Kensington which secured its highest half-year sales total ever at £59.1 million ($96.4 million), reflects the continuing demand for art in the middle market.

A widening group of collectors continue to participate in the art market and to be served by Christie’s. In the first half of 2011, the number of clients who registered for a sale was on a par year-on-year, whilst the number who went on to buy in Christie’s sales increased by 14%.

Clients from Russia and CIS countries further extended their buying in Christie’s Impressionist and Modern Art, 20th Century Decorative Arts and Post-War and Contemporary Art sales in the first half of the year. Buyers from Greater China increased their spend in Christie’s Furniture sales and Old Master Paintings sales worldwide as evidenced by the recent sale of Michelangelo Buonarroti’s A male nude, seen from behind (recto); Studies of male nudes (verso) to a private Asian buyer for £3.2 million ($5.1  million/€3.5 million).  Buyers from Greater China continued to be the largest buyers of Wine and Asian Art globally.  There was also a significant increase in spend from Middle East buyers in Christie’s Jewels and Watches sales globally.

Widening Routes to the Art Market

Online bidding via Christie’s LIVETM continues to be adopted by collectors around the world.  In the first half of 2011, online bidding continued to deliver both a large number of winning bids and new registrants: registrants grew by 27% – nearly one-fifth (19%) of Christie’s clients now bid online (up 2% year-on-year) with the total value of lots sold online rising 24% year-on-year to £37.5 million ($59.9 million).

Leading the Development of the Art Market

In a bid to provide its clients with highly informative and aspirational experiences with art and the best possible service, Christie’s continues to innovate. Christie’s Masterpieces exhibition in London in June illustrated the juxtaposition of works of art across multiple categories, each a masterpiece. The Venice Biennale i-Phone application was a clear favourite with collectors around the world. Christie’s sponsorship of Thomas Struth’s exhibition at Whitechapel Gallery in London which opened on 6th July is an indication of the firm’s ongoing commitment to broader arts activities. Christie’s second Green Auction: Bid to Save the Earth this Spring in New York was a success both in terms of the $2.4 million that it raised for the environment and its ability to convene artists, business leaders, celebrities, environmentalists and leading families of the 21st century around the world, all committed to a common cause.

Highlights of the latter half of the year include: 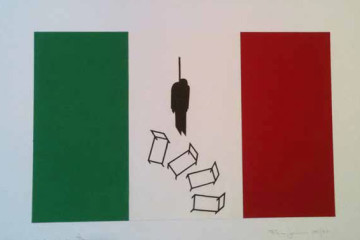 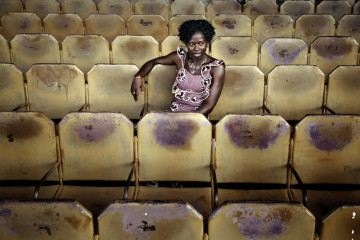 SITE INSPECTION - THE MUSEUM ON THE MUSEUM, LUDWIG MUSEUM | BUDAPEST