Born in São Paulo (Brazil) to Scandinavian parents, Öyvind Fahlström spent a portion of his adult life in Sweden. Between 1949 and 1952 he studied art history and classical studies at the University of Stockholm and worked as a journalist. After a two-year stay in Paris (1956-1959), he moved to New York in 1961. It was during this era that he began to integrate comic strip and mass media elements into his artwork. It was also at this time that he introduced three-dimensional components into his works, often presenting playful scenarios that encouraged spectator involvement in the exhibitions.

Beginning in 1962, he created numerous “happenings,” most of which were presented at the Moderna Museet. These included Aida (1962), Ur Mellanöl 1 and 2, and Fahlströms Hörna (1964). In 1965, he wrote Hammarskjöld om Gud, a play directed by Bröderna Strindberg and Soren Brunes. Brunes also collaborated with Fahlström on Kisses Sweeter than Wine (1966, as part of 9 Evenings). In 1966, Fahlström exhibited his work in the Swedish pavilion at the Venice Biennale. In addition to his visual, theatrical, and literary works, he directed a number of films (Mao-Hope March (1966), U-Barn, East Village, Revolution Now (1968), Du gamla du fria (1971)) and radio plays (Fåglar i Sverige (1963), Den helige Torsten Nilsson (1966), Cellen, collage for radio (1972)). In 1979, the Moderna Museet launched a posthumous travelling retrospective of his work, which closed at the Centre Georges Pompidou (Paris, France) in 1981. 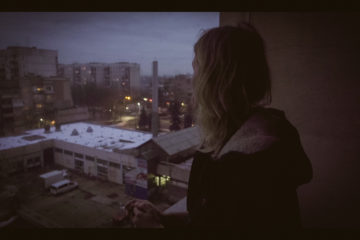 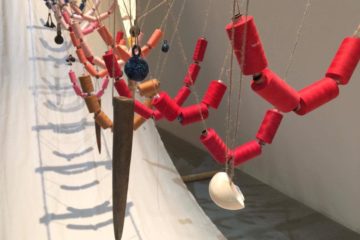 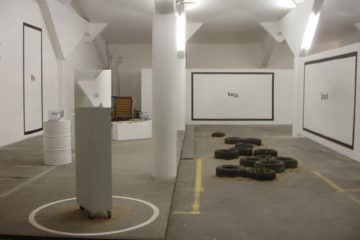