THE CURATOR OF THE PAVILION OF TURKEY IN VENICE BIENNALE APPOINTED

The Pavilion of Turkey in the 55th International Art Exhibition, Venice Biennale in 2013 will be curated by Emre Baykal.

The Pavilion of Turkey in Venice Biennial will be coordinated by the Istanbul Foundation for Culture and Arts (İKSV) with the contribution of the Promotion Fund of the Turkish Prime Ministry, and sponsored by Fiat in 2013, as it was in 2011.

Emre Baykal, the curator of the Pavilion of Turkey in the 55th International Art Exhibition, Venice Biennale was appointed by İKSV’s Pavilion of Turkey Advisory Board, consisting of Esra Aysun, Cengiz Çekil, Mine Haydaroğlu, Adriano Pedrosa and Cristiana Perrella

Emre Baykal worked for the Istanbul Biennial as Assistant Director from 1995 to 2000 and as Director from 2000 to 2005. In 2005, he co-curated the public space project “Istanbul Pedestrial Exhibition II: Tunel – Karakoy” together with Fulya Erdemci. From 2005 to 2008, he worked as the Director of Exhibitions at santralistanbul where he directed the inauguration show entitled “Modern and Beyond”, an art historical account of contemporary art in Turkey, with more than 450 works from the 1950s up to the 2000s. In 2009, he was invited to Depo, Istanbul as Artistic Director. Emre Baykal currently works as Exhibitions Director and Curator at ARTER, an initiative of the Vehbi Koc Foundation. Emre Baykal has curated many group exhibitions including “Second Exhibition” (ARTER, 2010-2011), “Tactics of Invisibility” (with Daniela Zyman; T-B A21, Vienna; Tanas, Berlin; ARTER, Istanbul 2010-2011), “Mahrem” (in the context of Nilüfer Göle’s “Non-Western Modernities Project”, santralistanbul; Kunsthalle Wien Project Space; Tanas, Berlin, 2007-2008); “Transfer” (a residency project exhibition in collaboration with NRW Kultursekretariat and co-curated by Basak Doga Temur, santralistanbul, 2007); 24th Istanbul Contemporary Artists Exhibition (with Susan van de Ven and Marcus Graf; Aksanat, 2005), “The Visitor” (with Rob Perree; Galerist, 2004) and solo shows by Mona Hatoum (“You Are Still Here”, ARTER, 2012), Kutluğ Ataman (“Mesopotamian Dramaturgies”, ARTER, 2011), Deniz Gül (“5 Person Bufet”, ARTER, 2011) and Ali Kazma (“Obstructions”, YKY Kazım Taşkent Art Gallery, 2010). Emre Baykal contributed to numerous publications and exhibition catalogues and is the author of Kutluğ Ataman, You Tell Me About Yourself Anyway (2008) published as a part of the Contemporary Art in Turkey series by Yapi Kredi Publications. 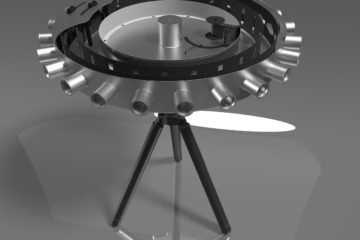 THE CURATOR OF THE PAVILION OF TURKEY IN VENICE BIENNALE APPOINTED