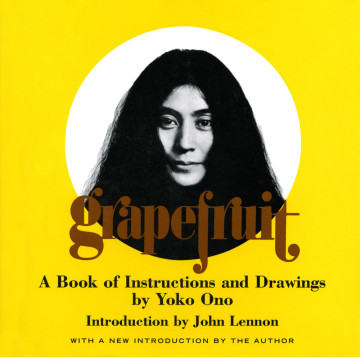 Yoko Ono Stockholm – 5 June 2012 – 16 September 2012 http://www.modernamuseet.se  By the late 1950s, Yoko Ono had already begun creating poetic works in which text, music, performance and experimental painting merge. The exhibition has its starting point in Grapefruit, which Yoko Ono (b. 1933) published in 1964. This