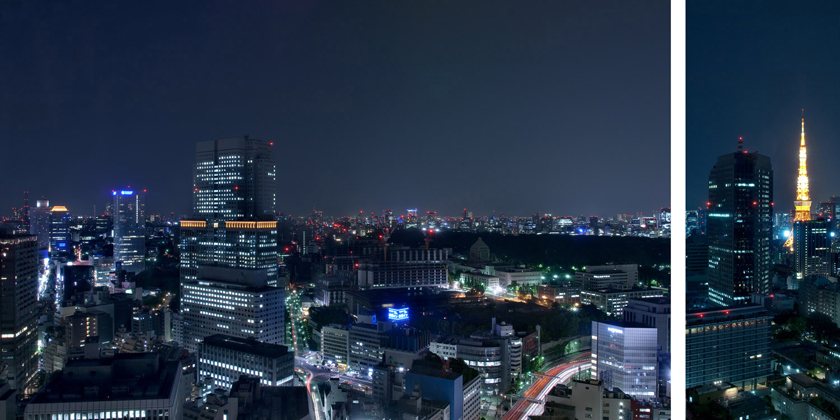 Press Release
Tokyo Landscape is a multimedia project which accompanies the spectator with photographs, descriptions, visual and aural stimulus through the many aspects of Tokyo: the most livable megalopolis of the planet. A lot more than a guide, little less than a journey. A photographic exhibition, a book and more.
Tokyo Landscape is work in progress.
The first outing of Tokyo Landscape appears in the form of a photographic exhibition clearly underlining the various meanings and intentions of the entire project.
The exhibition communicates through the bilateral aspect of image and word in the same way as an ideogram.
Fifteen stories, fifteen alluminium panels with desaturated, dusted and metalized colours; united and commentated on by separate individual columns containing short texts describing, elaborating and provoking their meanings.
The photographic panels are 120cm high and 300 cm long, each containing from two to five photographs in a logical, conceptual and artistic sequence.
The texted panels will be propped and illuminated separately.

MONTEMARTINI A CENTRE OF NOTES – ROME