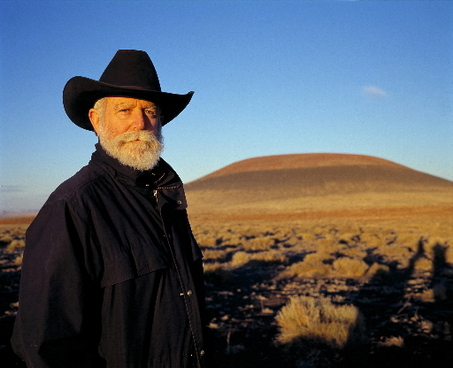 Houston—March 2011—–The Museum of Fine Arts, Houston (MFAH), builds on its longstanding commitment to the work of James Turrell with the recent acquisition of a dozen light-based works by the renowned American artist. Turrell titled the grouping Vertical Vintage; the retrospective selection reflects the full arc of Turrell’s engagement with artificial light, ranging from his first mid-1960s projections to his most recent Tall Glass series.

“Vertical Vintage is part of an on-going partnership established by the MFAH and James Turrell,” said MFAH interim director Gwendolyn H. Goffe. “This project evolved out of many conversations Peter C. Marzio had with the artist, and reflects Dr. Marzio’s absolute commitment to excellence.”

“James Turrell worked closely with the MFAH staff and board of trustees as we defined the parameters of this major acquisition,” commented Alison de Lima Greene, MFAH curator for contemporary art and special projects. “Special thanks are also due to Hiram Butler, of Hiram Butler Gallery, Houston, who has represented the artist for close to two decades, as well as to his former associate Devin Borden. Building from an initial proposal, we chose decisively to create an in-depth representation of Turrell’s career, complementing our rich holdings of his prints, photographs, and the beloved The Light Inside installation in the Wilson tunnel. This masterpiece, which was acquired through the generosity of Isabel B. and Wallace S. Wilson, has been delighting MFAH visitors since the opening of the Audrey Jones Beck building in 2000.”

1. Projection: Tycho (White), 1967. Created by projecting a controlled beam of light across a room, Tycho (White) consists of two overlapping projections, so that the central “zip” becomes a radiant focus on the wall.

2. Shallow Space: Rondo, Blue, 1969. A Shallow Space is viewed from the rear of a large room. A false wall is lit from behind and appears to float, challenging the viewer’s depth perception.

3. Corner Shallow Space: Raethro II, Blue, 1970. The shapes in this series are similar to those in the Projection series, but the light in this case is not projected and instead comes from within the wall. The light creates the illusion of a three- dimensional object.

4. Dark Spaces: Night Light, 1989. A Dark Space is an enclosed room with no seemingly perceivable light. After several minutes in darkness, the viewer’s eye will detect a faint light in the room.

5. Space Division (Aperture): Fading Violet, 1990. A Space Division (also called an Aperture work) consists of a large, horizontal aperture cut into a wall. Space Division works appear to be a flat painting or an LED screen. On closer inspection, not only is the light-emitting rectangle a hole, but a seemingly infinite, light-filled room lies beyond.

7. Wedgework: Caper (Salmon-White), 2000. A Wedgework uses projected light to create the illusion of walls, or barriers, where none exist.

8. Tiny Town: Bisbee, Green, 2001. A Tiny Town is similar to a Space Division/Aperture work. This series is more residential in scale and the works in the series are titled after small towns in the Southwest.

9. Magnetron: Cecil, 2002. A Magnetron consists of a small aperture in the shape of an old television screen. As in many of Turrell’s aperture works, there is no glass, just a shape cut through the drywall. The light comes from an actual 12-inch CRT television, out of view within the wall and tuned to a specific channel.

10. Ganzfeld: End Around, 2006. “Ganzfeld” is a German word to describe the phenomenon of the total loss of depth perception, as in the experience of a white-out. Turrell artificially creates a similar experience through the controlled use of light, coved corners and an inclined floor.

11. Veil: Nora, 2007. A Veil is a Wedgework turned on its side. Some Veils combine the use of natural and artificial light to create a slowly changing curtain, or veil, of light.

12. Tall Glass, 2009-2010. A Tall Glass is an aperture with frosted glass. LEDs are positioned behind the glass and programmed to change slowly over the course of several hours. Each Tall Glass light program is unique.

History of MFAH Working Collaboration with Turrell
The MFAH has had a long and fruitful working collaboration with James Turrell, beginning in 1994 with acquisition of the artist’s First Light portfolio, which came to the museum as a gift of Ralph O’Connor The museum’s 1996 purchase of the Peter Blum Archive brought over 100 major prints, photographs, working proofs and printing plates by Turrell to the museum’s collection. In 2002 the museum added a Site Plane photograph of the Roden Crater project as a part of The Manfred Heiting Collection. Thanks to the generosity of Isabel B. and Wallace S. Wilson, Turrell was subsequently commissioned to create The Light Inside (1999), the light-filled Wilson tunnel linking the Caroline Wiess Law Building with the newly built Audrey Jones Beck Building. This installation has become one of Houston’s most iconic and celebrated public art spaces. The museum has also continued to maintain its commitment to Turrell with other significant acquisitions, including the 2007 purchase of the Still Light series of aquatints and the 2008 purchase of Acro (Green), 1968, from the Projection series.

About James Turrell
Born in Los Angeles, Turrell attended Pomona College, where his studies concentrated on psychology and mathematics; he then enrolled in the fine arts program at Claremont Graduate School, where he received an MFA in 1966. In the mid 1960s Turrell began to be associated with a group of artists, including Robert Irwin and Bruce Nauman, who pioneered what came to be known as the Light and Space Movement. Turrell began his experiments with artificial and natural light in a modest storefront studio in the Ocean Park district of Santa Monica in California, seeking to use light itself as his material. Using a projector, he cast a highly focused light beam across a room onto a mural surface. Where the light hit the wall (or corner) it became a sharply rendered geometric form, both defining and dissolving the space around it. These images have been eloquently described by John Coplans as having “considerable iconic power . . . the compelling sensuousness of the light and its inexhaustible brilliance are almost hypnotic.” The fact that the light source is a mundane tool that is not concealed from the viewer “does not rationalize the total effect but adds to its vividness and mysteriousness.”

Concurrent with his first projection pieces, Turrell also began a series of works dependent on external and natural light sources. He cut a series of negative shapes from the blocked-off windows of his Mendota Hotel studio through which light could enter the darkened interior. Turrell found that these apertures would subtly amplify changing daylight, as well as street lights and car headlights in the evening. He took a particular interest the colored light sources and in ways of projecting and absorbing their hues into the rooms of the building.

In the 1970s Turrell developed a number of installations that heightened the relationship between light and the architectural frame. The resulting series of Light Spaces, Shallow-Space Constructions, and Wedges manipulated light so that the viewer becomes aware of light as an elemental force and as a plastic material primary to the existence of color. Standing within one of these spaces is a wonderful and even transcendent experience. In 1977 Turrell initiated what would be his most ambitious project, the transformation of Roden Crater, outside Flagstaff, Arizona, into a complex site-specific installation which would both frame the sky and chart the movements of the sun, moon, and stars.

Over the past three decades, Turrell has continued to refine and expand his exploration of light and space, gaining international recognition. This month (March 2011), The American Academy of Arts and Letters announced Turrell’s election to the organization and later this year, Turrell’s work will be included in the 54th Venice Biennale, within the ILUMMInations pavilion curated by art historian and critic Bice Curiger. Turrell has also been featured in solo exhibitions at the Whitney Museum of American Art; Hirshhorn Museum and Sculpture Garden; Smithsonian Institute; de Young Museum; Guggenheim Museum Bilbao; National Gallery of Art, Washington, D.C.; Solomon R. Guggenheim Museum; Moderna Museet; and Kunstmuseum Wolfsburg.