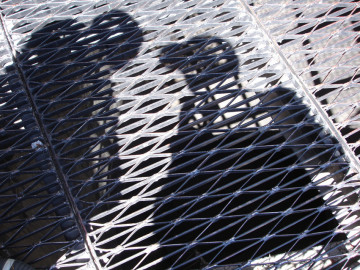 Merzman Merz Flaneuries David Medalla and Adam Nankervis have been comissioned as the official MERZMAN artists in residence. Between 5th and 13th March, to re-MERZ Manchester and Liverpool. And, acting as latterday flaneurs, to set out to re-trace the footsteps of Kurt Schwitters and his peregrinations around Manchester, Bury, St

http://www.1fmediaproject.net/2010/12/19/protest-the-censorship Ciao Raffaella! I give you my full permission to publish in 1F MEDIAPROJECT the entire text of my letter in support of the demo/protest against censorship in the arts. I believe that all artists – in fact, all people in the world- should have the right of freedom of 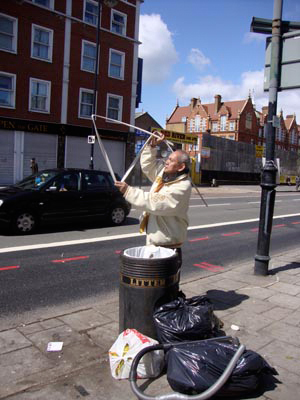 Text by David Medalla In the spring of 1960 I met a young English clarinetist in a jazz club on the Left Bank in Paris. When I told him that I was about to visit London for the first time, Chris, the young clarinetist, gave me helpful advice about social 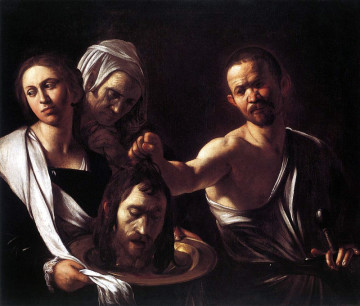 ACEPHALE  by David Medalla When I saw the image of a headless man on the flyer of the multi-media exhibition ‘WHITE SNUFF’ which Adam Nankervis is curating at Ackerkelle in Berlin, I remembered a number of things. Firstly I remembered the time when Adam and I were in the centre 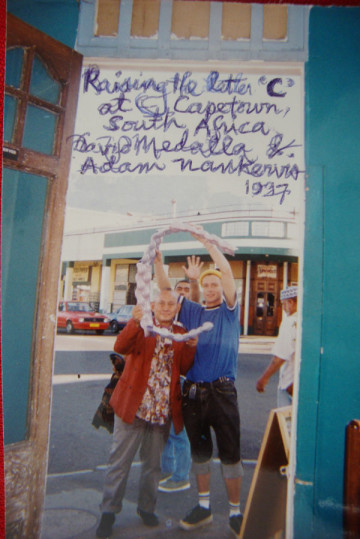 This year, 2010, the FIFA Football World Cup will be held in South Africa. Newspapers and magazines are teeming with articles and photographs of South Africa. There are extensive media coverage of the sports facilities which the South African government has erected to host this global event. I saw colour 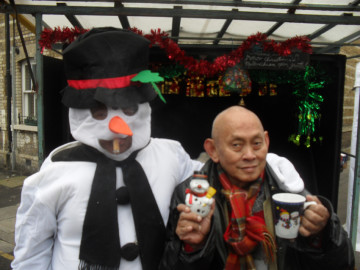 A Yuletide Pantomime by David Medalla Yesterday, Saturday, the 2nd of January 2010, I went for tea in the home of Hermine Demoriane and Hugo Williams at Angel in Islington, London. Hermine and Hugo are old friends of mine. Hugo, an eminent poet, won the T.S. Eliot Poetry Award, one