STEVEN SHEARER TO REPRESENT CANADA AT THE 54TH BIENNALE VENEZIA 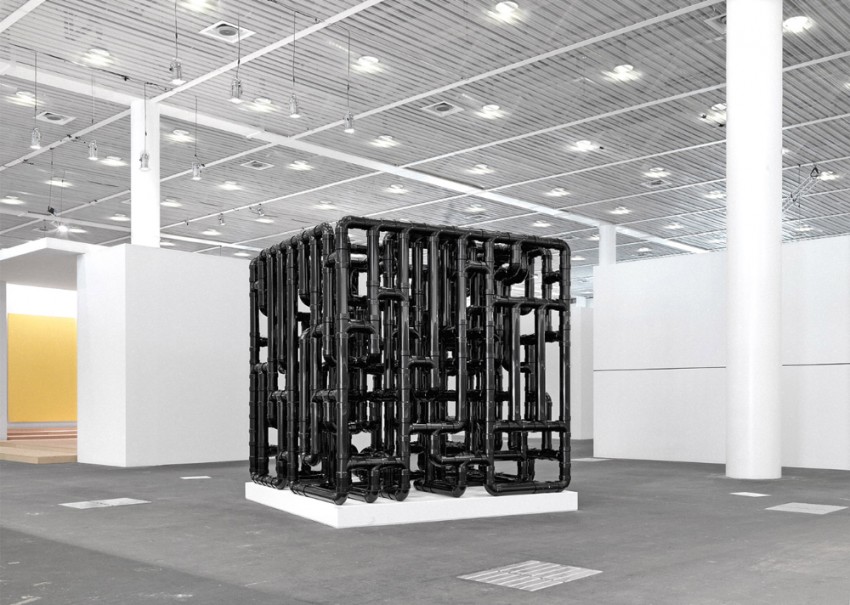 Steven Shearer is known for using a wide range of traditional and contemporary media in works that address the human subject and its relationship with the outside world. The Vancouver-based artist will represent Canada at the 54th International Art Exhibition − La Biennale di Venezia 2011 (Venice Biennale), from June 4 to November 27, 2011. The only international visual arts exhibition to which Canada sends official representation, the Biennale is among the most prestigious contemporary art exhibitions in the world.

The artist was chosen by a national selection committee comprised of senior contemporary art curators from across Canada and formed by the National Gallery of Canada (NGC), organizer of the Canadian representation for the 2011 Biennale. The NGC’s Senior Curator of Contemporary Art, Josée Drouin-Brisebois, will organize the exhibition of Steven Shearer’s work.

Adopting and elaborating upon distinct stylistic repertoires and themes specific to the history of figure painting, Shearer draws formal and thematic parallels between art history and the iconography associated with various subcultures including their modes of dissemination such as fanzines, online message boards, and image shrines on personal websites. He is interested in how contemporary society unconsciously echoes and shapes specific manners of appearance that have been explored by historical movements or schools. Central to Shearer’s work is his ongoing compilation of an archive of thousands of images and text culled from magazines, appropriated from songs and captured from the internet. In his paintings, text-based works, sculptures and photographic compilations, these fragmentary sources function generatively as they are combined and recycled across his works.

“Under its pop cultural surface, Steven Shearer’s work is surprisingly complex and insightful,” said National Gallery of Canada Director and CEO Marc Mayer. “By showing us aspects of popular culture anachronistically, and from so many different points of view, he exposes the false hierarchy of high and low art and prompts us to consider the more interesting differences between the cultural industries and the art world. Shearer’s intelligence and originality are now widely recognized among the cognoscenti. It is time to broaden the audience for this brilliant young Canadian artist and Venice will do that.”

The official Canadian participation at the Biennale’s 54th International Art Exhibition will be made possible by the generous financial assistance of the Canada Council for the Arts and of private philanthropists from across Canada and beyond.

Since 1996, Steven Shearer has exhibited across the globe, with solo shows in Amsterdam, Birmingham, Zurich, Los Angeles, New York, Toronto, Turin, Tokyo and Vancouver notably. His group exhibitions include Double Album: Daniel Guzman and Steven Shearer at MUCA, University Museum of Arts and Sciences in Mexico City and at the New Museum in New York (2008); The Order of Things at the Museum van Hedendaagse Kunst, Belgium (2008); Blasted Allegories – Werke aus der Sammlung Ringier at the Kunstmuseum Luzern in Switzerland (2008); Canada Dreaming in Kunstverein, Wolfsburg (2006); All the Pretty Corpses at The Renaissance Society, University of Chicago (2005); Pin Up: Contemporary Collage and Drawing at the Tate Modern, London (2004); Rock My World in San Francisco at the California College of the Arts Wattis Institute for Contemporary Arts (2002).

In recent years, nine of his works have entered Canada’s national collection.

Josée Drouin-Brisebois is the Senior Curator of Contemporary Art at the National Gallery of Canada. She has organized and written essays for numerous exhibitions, including Nomads (2009); Caught in the Act: The Viewer as Performer (2008); Dé-con-structions (2007) and Christopher Pratt (2005). Her writing has also appeared in the book Otherworld Uprising: Shary Boyle as well as in Canadian Art Magazine, Border Crossings, PAJ: A Journal of Performance and Art and Prefix Photo.

Established in 1895, the prestigious Venice Biennale was originally devoted only to the visual arts. It has since expanded its scope to encompass theater, music, dance, film and, more recently, architecture. The Biennale’s visual arts component, the International Art Exhibition, is held from June to November on alternate years. In 2009, 77 countries participated in the 53rd Biennale, which drew more than 375,000 visitors.

The Biennale exhibition and National Pavilions are primarily located in the historic Giardini di Castello. In recent years, the exhibition site has expanded to include installations in the ancient structures of the great Venetian shipyards (the Arsenale) and other locations throughout Venice. For more information, visit www.labiennale.org.

Canada and the Biennale: The Canadian Pavilion

Canadian representation at the Venice Biennale dates back to 1952. It has helped to launch the international careers of some of the most celebrated artists in recent Canadian art history.

Since 1958, artists representing Canada have shown their work in the Canadian pavilion, built from war reparation funds as part of the Canada-Italy Cultural Agreement signed in 1954. The pavilion was built under the direction of the National Gallery of Canada by famed Milanese architect Enrico Peressuti, of the Studio Architetti BBPR. The National Gallery of Canada still retains custodianship of the Canadian pavilion on behalf of Canada.

Organization of the Canadian representation was under the direction of the National Gallery of Canada from 1952 to 1986. From 1988 until 2009, primary responsibility for managing the Canadian representation was transferred to the Department of Foreign Affairs and International Trade (DFAIT), working in partnership with the NGC and the Canada Council for the Arts (Canada Council). Selection of both artist and museum organizer was awarded through a biannual competition held by the Canada Council. Effective 2010, the National Gallery agreed to study resuming managerial oversight for the Biennale project. In consultation with the Canada Council for the Arts, the Gallery will make its recommendations in the near future.

About the National Gallery of Canada

The National Gallery of Canada is home to the most important collections of historical and contemporary Canadian art, including the extensive collection of the Canadian Museum of Contemporary Photography. The Gallery also maintains Canada’s premier collection of European Art from the 14th to the 21st century, as well as important works of American, Asian and Indigenous Art and renowned international collections of prints, drawings and photographs. Created in 1880, the National Gallery of Canada has played a key role in Canadian culture for well over a century. Among its principal missions is to increase access to excellent works of art for all Canadians. To do so, it maintains the largest touring art exhibition programme in the world. For more information, visit http://www.gallery.ca/en/

THE MOST BEAUTIFUL KUNSTHALLE IN THE WORLD FOR ONCE IN VENICE

STEVEN SHEARER TO REPRESENT CANADA AT THE 54TH BIENNALE VENEZIA