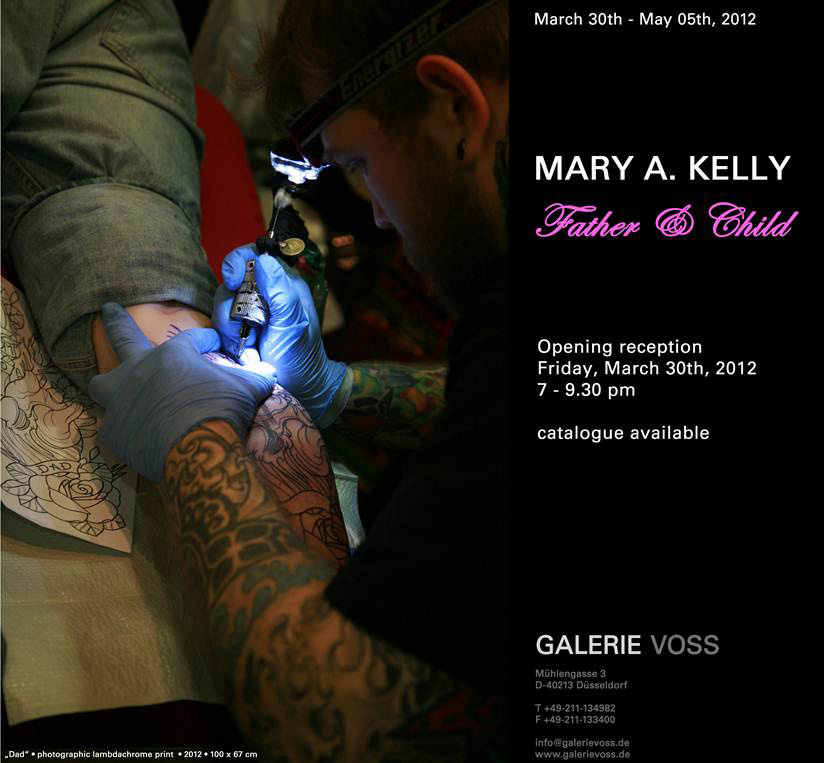 No single image is so deeply implanted in Western iconography as that of mother and child. Whether nurturing or grieving, the Madonna inspired some of the greatest achievements in the visual arts of the past, while the relationship of father and child has rarely been commemorated. When it does appear in literature or in art, it is typically viewed in terms of conflict, of rivalry in the quest for power or for love. James Joyce’s monumental novel Ulysses comprises a noteworthy exception to the rule. Loosely structured according to the plot of Homer’s Odyssey, which recounts a son’s quest to find for his lost father, Joyce’s variant depicts an idealistic young man, Stephen Dedalus, and the 38-year-old Leopold Bloom, who wander aimlessly through the streets of Dublin on June 16, 1904. Stephen has recently rejected his own alcoholic father, who represents the aspects of family, nation and tradition that retard his intellectual and artistic development. Bloom is the last male descendent of a Jewish family that immigrated to Ireland from Hungary. His father committed suicide, his own infant son died at the age of eleven days.

Viewed in classical terms, Joyce relates the story of a son’s search for a (surrogate) father, the father’s search for a son. The paths of the two men cross during the day and finally converge in the night, when Bloom  “rescues” Stephen from a brothel in the red-light district known as “Nighttown.” If there is no real bonding, there is at least a brief moment of tender empathy between the two, a kind of intuitive and unspoken recognition, before the two men go their separate ways. Why the father-son theme occurs so frequently in Irish literature (as it does in Jewish-American writing, as well) is of no immediate relevance here. Its recurrence, however, helps to contextualize “Father & Child,” the recent series of works by the Dublin-born artist Mary A. Kelly. (The artist also completed a photo and video project entitled “Mother and Child” in 2003.) It was coincidence that first led her to observe that many fathers commemorate their paternal love by having portraits of their children tattooed on their bodies.

Kelly has a special sensitivity for the marginalized, the derelict and damaged, and she has repeatedly demonstrated a profound sense for the poetry of the commonplace. In an ongoing series entitled “I believe help my unbelief,” she commemorates the “Angels Plot” at Dublin’s Glasnevin Cemetery, where 50,000 stillborn (and hence unbaptised) children are buried. Above all, it is the impromptu tributes of toys and plastic flowers and makeshift memorials that have repeatedly caught her eye. The inherent pathos of such a subject is obvious but hardly unique in Kelly’s work. In her low-keyed photographs, even the most mundane subjects are endowed with a touching humanity. For the series entitled “Asylum,” first exhibited along with a video installation in 2005, she documented the traces of frustration and need that mental patients had left behind in an empty hospital building. Graffiti-like messages were scratched and scribbled on doors and pillars, cigarette burns etched into upholstery and linoleum like hieroglyphs of despair.
Lifetimes of hope and apathy and waiting seem inscribed here. The artist herself speaks of “honoring that tenacious mark of survival in these images.”

Similar reflections resulted from the video course that she offered at Portlaoise, Ireland’s only maximum-security prison. There she discovered improbable evidence of a shared humanity in the narrow prison cells joined by a grillwork landing. Having won the trust and respect of her students, Kelly received permission from many of them to document the nest-like retreats they had created within the grey prison walls. Each cell is photographed in strict frontal symmetry, with the frame of the door revealing (and literally framing) all we are permitted to see of these intimate retreats. Caught between curiosity and voyeurism, the viewer is sensitized to all those details – photos and posters, quilts and pillows, books and curtains and flowers – with which Ireland’s most dangerous criminals seek to individualize their extreme, often life-long isolation.

In its forensic objectivity, “The Landing” (2003) sometimes recalls Lucinda Devlin’s “Omega Suites,” yet the images shun polemics and politics in favor of a lyric recognition of shared needs. The use of ambient light produces a subdued, sepia-toned effect that reinforces this dimension. “When I walked through the
landing, it was very dark, “the artist has written,” and the cells were open. And the side lights were all on in the cells themselves. And it was almost like a block of flats, like a whole community on a street.” Domestic ritual, reinforced by her own mothering of three children, also plays a recurrent role in Mary Kelly’s works: the laying of a tea table, preparing a leg of lamb, feeding a child. In an earlier video installation entitled “Baby Blue (1998),” the crying of a newborn baby is looped into a continuous sequence, becoming a primal record of helplessness and unfulfilled need. Many of these themes of nurture and ritual coalesce in an ongoing project entitled “Through the Looking Glass” .

It was during her work in adult education that Mary Kelly chanced upon the phenomenon that would lead to the series entitled “Father & Child.” The knowledge that one of her students was having a portrait of his estranged son tattooed on his chest led her to reflect on the place of father-child relationships in art and in contemporary ritual. In particular, she was intrigued by the notion of using the human body as a “canvas” for projecting needs and yearnings that find far less frequent expression than the ancient and complex iconography of mother and child. Kelly documented the results of her first encounter in “Kevin” (2008/12), where the son’s portrait appears beneath the motto “Life is pain.” As she pursued the topic, with one subject introducing her to others, Mary Kelly also developed a sharpened appreciation for the craft of tattooing. If some of her subjects come from marginalized groups, the images inscribed in their skins are anything but the crude depictions once associated with sailors, bikers and criminals. The image of a child’s head in “Robert” (2010/12), for example, reveals delicately nuanced shadings reminiscent of a watercolor technique.

Despite the recurrence of images like an angel’s wing, roses or a crucifix, tattoos are varied by the signature styles of the craftsmen who take pride in producing them. “Ink,” “Gun” and “Parlour” (2010/12) underscore the fact that tattooing has long since shed much of its unsavory air and entered the mainstream. Spying out celebrity tattoos and deciphering their significance has even become something of a sport among their fans. In addition to a virtual encyclopedia of signs, pledges and memorials, soccer hero David Beckham “sports” the names of his four children on his body: Brooklyn (1999), Romeo (2002), Cruz (2005) and his daughter Harper (2011). When he was playing for Real Madrid, the midfielder flew Louis Malloy, London’s most celebrated inker, to Spain for a special commission. But the latest addition to his mobile picture gallery (at least at the time of this writing) was produced by the Los Angeles virtuoso Mark Mahoney. It shows Beckham as Jesus, being lifted from the tomb by cherubs who wear the faces of his three sons. Yet the classic mother-child relationship is oddly here: not far away from the cherubic trio, Beckham’s wife Victoria strikes a Brigitte Bardot pose. Less celebrated fathers frequently honor the Madonna, as we see in Mary Kelly’s “Isaac 2” (2010/12).

In “Arthur” (2010) the motif is that of a child’s handprint. In another touching variation on the theme, “Isaac” (2010/12) and “Dad” (2011/12) memorialize a dead father. (In the era when a tattoo marked the end of a sailor’s basic training, the most common design “often inscribed across the shape of a heart – spelled “Mother.” ) As we move through Kelly’s images, a kind of glossary of colors, signs, symbolic combinations and anatomical placement begins to emerge. Where a tattoo is situated on the body, whether it is exposed to view or normally concealed, has much to do with the message it is intended to convey. While the placement varies so widely from back to shoulder to wrist, chest, forearm or back, Mary Kelly’s compositions vary accordingly. Rather than the tight frontal framing of the “Landing” series, in “Father & Child” each image adapts to the size and placement of the name or image of a child.
Whatever the angle from which a photograph is made, the face of the father is never entirely revealed. Only in the mesmerizing 13-minute video entitled “David” (2011/12) do we see the father as a person in his own right, in tender play with his infant son. In the photographs themselves, we may well see only an outstretched arm, as in “Ian” and “Sammy” (2010/12). Both images are oddly reminiscent of the crucifixion, while the bright graffiti background emphatically contemporizes the moment. The pose also extends the cultural context of “making marks,” whereby man measures, highlights, individualizes or ornaments the world around him – including his own body, which becomes a living shrine. (In this context, one might also think of the elaborate patterns of cigarette “marks” left behind in the linoleum and upholstery of the “Asylum” series.) Mary Kelly’s oeuvre can be seen in a tradition of social anthropology, but also as part of an ongoing exploration of the comédie humaine, rendered in images of haunting if sometimes disturbing beauty.