MANIFESTA 10 WILL STAY IN ST. PETERBURG 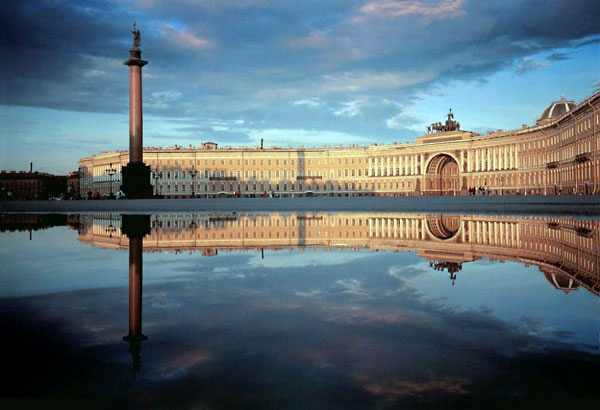 This statement is issued on behalf of the Manifesta 10 Foundation, St. Petersburg by Dr. Mikhail Piotrovsky, director of the State Hermitage Museum, Hedwig Fijen, director of Foundation Manifesta, and Kasper König, Chief Curator of Manifesta 10.

The Foundation Manifesta 10, St. Petersburg, in response to the most recent calls for a boycott, states that as of today (11 March) Manifesta 10 remains committed to continuing with the Biennial in St. Petersburg. We were invited by the State Hermitage Museum to investigate the notion of contemporary art and culture in a contested society, and we think it is necessary to continue to do so under the current circumstances.

We are committed because we believe the Biennial acts as a catalyst for local and international artistic life, and activates those circles whose desire is to participate in an ongoing discursive platform for international cultural exchange. We believe cancelling the project plays directly into the current escalation of the ‘cold war’ rhetoric and fails to acknowledge the complexity of these geo-politics.

Manifesta 10 is part of a larger process involving art, public discussion, education and public programs and operates as a platform for critical engagement where complexities and contradictions are allowed and explored. We have forged productive partnerships with many of the different local and international communities of St. Petersburg and do not now intend to abandon these.

Manifesta 10 will continue monitoring the situation in Ukraine and we are hopeful for a successful diplomatic solution—one that mediates this volatile situation with enormous care and strives for a peaceful outcome.

A statement by Kasper König, Curator of Manifesta 10.
When I was approached to make a curatorial proposal for Manifesta 10 in St. Petersburg in honor of the Hermitage’s 250th anniversary and Manifesta’s 20th birthday, I immediately accepted the challenge for the aura of the Hermitage, because of its long and complex history, and because of the historical implications of holding a Manifesta biennial first time in a former Warsaw Pact city (and only for the second time in the former East of Europe.)

Since then, more than 43 artists (my original, intuitive limit to the number of participants) have accepted my invitation and have visited and developed their work in St. Petersburg with great seriousness and focus. The exhibition is now rapidly approaching. It will be in the historical spaces of the Winter Palace, the newly renovated General Staff Building, and will be accompanied by a public program curated by Polish curator Joanna Warsza that extends into the city and a film program curated by Rainald Schumacher and Nathalie Hoyos of Office for Art. At the same time an extensive Education program is being developed by British curator Sepake Angiama who works for the Manifesta 10 team in St. Petersburg.

We will present the complex spectrum of the contributions in more detail at the press conference on March 25th.

In the meantime Manifesta is working with a local and international team on the spot, and here I think in particular of our Russian colleagues, who have all proven their dedication to this project. And so I feel very strongly about the necessity of the biennial – for St. Petersburg and for the public. The exhibition is part of a larger process involving art, education, public discussions, civil developments, and more. The situation has escalated since our work began but I do not think that this implies support (by the State Hermitage Museum and its Director Dr. Piotrovsky, by the Manifesta Foundation and its Director Hedwig Fijen, or by me) for Russia’s present political and military actions. To stop our work for any reason other than its literal and practical impossibility is not an answer to the current situation.

My objective is to make a complex biennial exhibition where the presentation of highly varied and particular artistic approaches, underwritten by all the participating artists, is the central challenge. The main concern here is to grapple with all the possibilities that the art offers and understand the breadth of perspectives that it presents and opens up. I do not aspire to simply present commentary and, more importantly, I hope to present far more than just commentary on the present political circumstances.

All artists were invited to participate with the following statement: “Of course the political circumstances are currently delicate and unpleasant, and we have to make sure not to censor ourselves. It is important to me that my contract guarantees artistic freedom, however within Russian law. Still, we hope to exhibit substantial artworks that do not resort to cheap provocations. The environment and the possibilities for this exhibition are very rich and it would be a mistake to reduce our possibilities down to the level of just making a particular political statement.”

Of course we are all aware that this 10th edition of Manifesta could be misused by political actors as a platform for their own self-righteous representation. However, it is and should be our goal to make an exhibition that uses the limited means of art to inspire discussion, that questions, and that wants to have an impact even after its closure in the autumn of 2014.

There is an extensive Q&A document available on the website of the Manifesta Foundation (www.manifesta.org) and the State Hermitage Museum (www.hermitagemuseum.org)

Hedwig Fijen
Founding Director of Manifesta comments:
We are very excited that the Manifesta 10 jubilee edition will be hosted by the State Hermitage in St. Petersburg. St Petersburg historically bridged the gap between East and West Europe for more than 300 years and from this perspective the collaboration between Manifesta and the State Hermitage is an intriguing source of inspiration. This partnership of Manifesta with its roving nature, its innovative curatorial methodology and experimental artistic practices with such an influential historical museum as the Hermitage is unprecedented and I am sure that it will result in a challenging series of biennial exhibitions.

Prof. Mikhail Piotrovsky
Director General of The State Hermitage comments:
The State Hermitage museum is glad to host Manifesta 2014, the year when the Hermitage will be celebrating its 250th anniversary. With the arrival of Manifesta, the Hermitage will highlight its traditions: its roots within the epoch of Catherine the Great and her passion for the contemporary art of her time, and the role that the museum’s collections and exhibitions have always played in the artistic life of Russia. We see contemporary art is a natural, albeit intricate, development of these age-old traditions. Therefore, the key moment in Manifesta 10 for us will be the theme of the Hermitage in today’s context.

Viktor Misiano
Chair of the Manifesta Foundation, Russian art critic and curator comments:
Manifesta was built up as a platform for dialogue in between the East and the West. Reaching St. Petersburg Manifesta will find itself in the country of an extreme European East and in the city that was conceived as its extreme Western outpost. Manifesta has always been seeking new places, their genius, their particularity and their historical, cultural and political complexity. St. Petersburg is a city of the complex cultural and political past and of the present. To do a Manifesta here is a challenge. And that is another strong reason to be present. Manifesta is approaching its 10th edition; its history is short, but it already exists. The Hermitage with its glorious heritage is a coherent place to reflect two “Manifesta decades”.

Vassily Kizhedzhi
Vice-Governor of St. Petersburg comments:
St. Petersburg has been historically and stays till now the outstanding cultural centre of Russia. Supporting the leader of the Russian culture – the State Hermitage museum – in its aspiration for development of the interest of the society towards contemporary art and the understanding of art processes taking place in the world, the City Government will give it’s support in the preparation and organization of Manifesta 10 in the cultural capital of Russia.

For further information including interviews and images please contact the Manifesta Foundation in Amsterdam or the State Hermitage Museum in St. Petersburg.

MANIFESTA 10 WILL STAY IN ST. PETERBURG