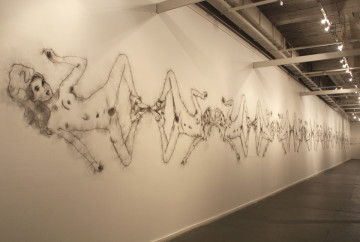 “Il disegno è in scena” OMAR GALLIANI 25 November | 19 December 2010 Foyer Teatro India Via Luigi Pierantoni, 6 – Roma Text by Vittoria Biasi The drawing is on stage exhibited by Omar Galliani at the Art Gallery ARTRIBU’ and edited by Carlo Proietti is an opportunity to get

MONTEMARTINI A CENTRE OF NOTES – ROME

Montemartini A Centre of Notes 29 October 2010 – 8 January 2011 Cinema Music and Unplugged Sala Macchine of the Centrale Montemartini Via Ostiense 106 – 00154 Roma (Italy) Text by Vittoria Biasi The evening programme for the Centre Montemartini was set in the exciting scenario of the Engines Room,