WOMEN WHO ROCK. VISION, PASSION, POWER – THE NATIONAL MUSEUM OF WOMEN IN THE ARTS – NEW YORK

The National Museum of Women in the Arts (NMWA) closes its 25th Anniversary year by saluting women’s contributions to rock and roll in Women Who Rock: Vision, Passion, Power. Organized by the Rock and Roll Hall of Fame and Museum, the exhibition highlights the flashpoints, the firsts, the celebrated, and the lesser-known women who have influenced the genre from its inception through today. The only east coast venue, Women Who Rock opens Friday, September 7, 2012, and closes January 6, 2013.

Legendary singer/songwriter Melissa Etheridge, who is among the celebrated artists in Women Who Rock, will receive the National Museum of Women in the Arts’ Award for Excellence in the Performing Arts at the museum’s annual fall benefit on November 4, 2012.

Etheridge remarked, “I am honored to receive this award from the National Museum of Women in the Arts. I have long admired their work and salute this museum for all it is doing to celebrate women artists, especially the women who challenged societal norms to pursue careers in the arts. These women inspire us all and I am proud to be among them.” 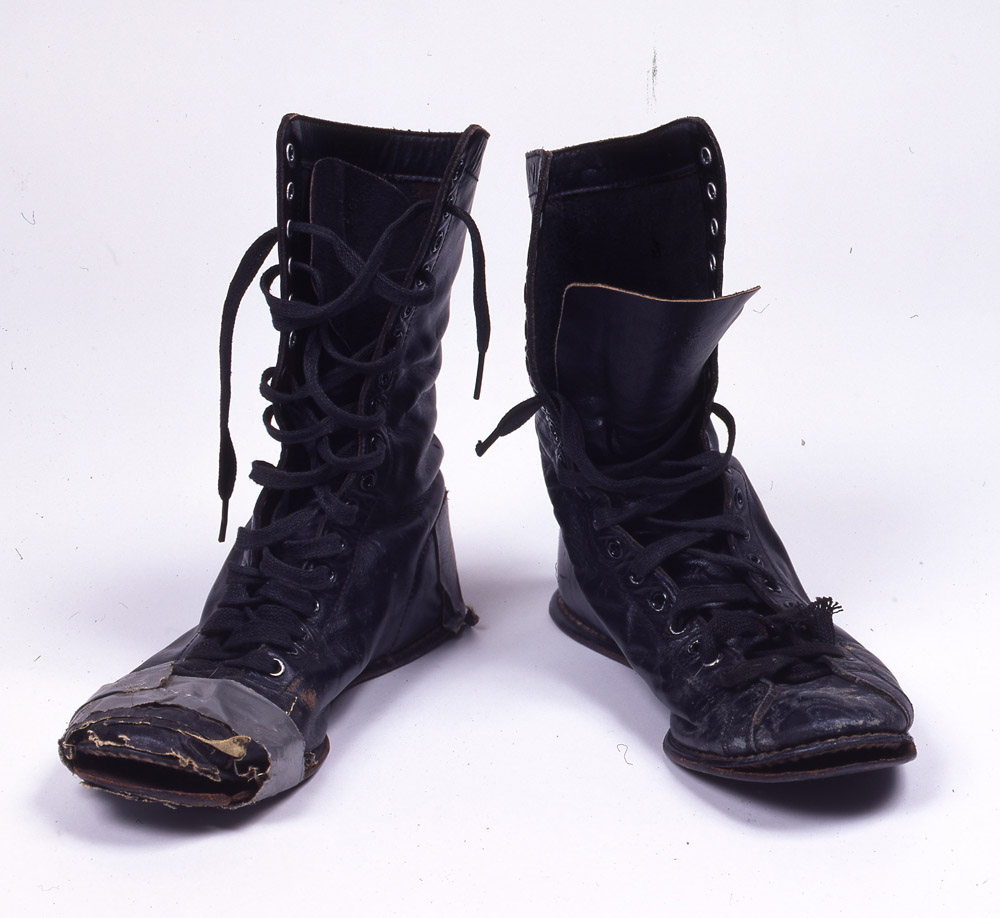 Moving through the rock and roll eras beginning in the 1920s, Women Who Rock: Vision, Passion, Power highlights 70 artists and includes more than 250 artifacts ranging from photos, performance videos, and album covers, to more personal memorabilia such as costumes, instruments, and set lists.

From rock-and-roll foremothers such as Ma Rainey and Billie Holiday, to pioneers such asWanda Jackson and LaVern Baker through 60s girl groups, 70s disco, 80s punk, and contemporary stars including Lady Gaga and Janelle Monáe, Women Who Rock illustrates the essential roles women have played in moving rock and roll and American culture forward.

Susan Fisher Sterling, NMWA’s Alice West Director, said, “Women Who Rock: Vision, Passion, Power is the ideal exhibition to mark our first 25 years. It demonstrates our commitment to the performing arts and celebrates the many women who have made rock and roll the popular art form it is today. Museum goers will have a deeper appreciation of women as innovators in rock and roll. They will learn how these artists harnessed its and their own power to help change our society.”

Visitors of all ages have a chance to see iconic items—handwritten lyrics by Janis Joplin, Patti Smith, Janet Jackson and Madonna, alongside clothes worn by Mary Wilson of the Supremes, Cher, Melissa Etheridge, and Rihanna among many others—demonstrating women’s musical creativity and power to inspire through rock and roll.

In addition to being the writer and/or voice of some of our favorite songs, many women rockers were also playing instruments in their bands. Women Who Rock features guitars played by Wanda Jackson, Nancy Wilson, Bonnie Raitt and Taylor Swift, a drum played by Meg White and Lady Gaga’s childhood piano.

Women Who Rock: Vision, Passion, Power is organized by the Rock and Roll Hall of Fame and Museum, Cleveland, Ohio. Presentation of the exhibition at NMWA is made possible through the generous support of an anonymous donor, the Carstens Family Funds, and Cigna. Additional funding has been provided by the Recording Industry Association of America with media support from the Washington Post.

Suffragettes to Juke-Joint Mamas: The Foremothers/Roots of Rock
In the 1920s, blues women like Ma Rainey and Bessie Smith were the first – and for a while, the only – artists to record the blues. Mother Maybelle Carter made the first country music recordings in 1927. American women of this era made great strides toward gaining equality and basic human rights for themselves and others in society, including attaining the right to vote and working toward social justice. The 20th Century was a wide-open opportunity for women to embrace the modern world, outside of the traditional bounds of the home. The narrative of these ground-breaking women will be presented along with the stories of trailblazers such as Mahalia Jackson, Sister Rosetta Tharpe and Billie Holiday.

Get Outta that Kitchen, Rattle Those Pots and Pans: Rock and Roll Emerges
“How many of us know the names of the pioneer women songwriters/singers/musicians of the ‘50s?” is a question asked by Yoko Ono in her preface to She’s a Rebel: The History of Women in Rock and Roll. Two names that the Museum will highlight in the emergence of rock are Ruth Brown and Wanda Jackson, the voices of two predominant roots of rock – R&B and country/ rockabilly, along with LaVern Baker and Brenda Lee.

Will You Love Me Tomorrow: The Early 1960s/Girl Groups
Girl groups, though sometimes seen as puppets manipulated by unseen and mostly male handlers, were an authentic manifestation of the worldview of teenage girls – a group just coming into its own in the early 1960s and increasingly recognized for its growing economic power as consumers and arbiters of style. The girl groups reflected teenage girls’ explorations of their world, their limitations and their limitless potential. Groups like the Shangri-Las and the Ronettes give voice to those explorations and the possibilities that waited down the street or just around the corner.

Revolution, the Counterculture and the Pill: The Late 1960s
American society experienced a revolution in the late 1960s and early ‘70s, especially for African Americans and women. Janis Joplin was the finest white blues singer of her generation; female singer-songwriters like Carole King, Joni Mitchell and Laura Nyro bared their souls, and Aretha Franklin emerged as the Queen of Soul. Bonnie Raitt established herself as both a strong vocalist and brilliant guitarist. Highlighted artists will also include Tina Turner and Grace Slick, as well as country artists including Loretta Lynn.

I Will Survive: The 1970s–Rockers to Disco Divas
Women are in the center of the ‘70s mainstream, from Joan Jett and the Runaways, Heart and Fleetwood Mac to Donna Summer. The gains of the feminist movement throughout the ‘70s enabled women working in all areas of the music industry to assume more control over their careers.

Dance this Mess Around: Punk and Post Punk
Chrissie Hynde said, “That was the beauty of the punk thing: [Sexual] discrimination didn’t exist in that scene.” The DIY aspect of punk rock made it easier for a woman to find a place in music. Highlighted artists will include Yoko Ono, Siouxsie Sioux, Kate Pierson and Cindy Wilson of the B-52s, Deborah Harry, Tina Weymouth, Kim Deal and Marianne Faithful.

Causing a Commotion: Madonna and the Pop Explosion
Madonna unapologetically celebrated and monetized her sexuality and physicality, paving the way for female performers to explore previously taboo roles and take control of their image and career. Highlighted artists will include Madonna, Cyndi Lauper, Britney Spears, Christina Aguilera, Gwen Stefani and Janet Jackson. Ladies First: The ‘90s and the New Millennium The 1990s was the era the riot grrrl, the rapper and Lilith Fair, reshaping traditional ideas of feminism and traditionally male-dominated areas of the music industry. Women have arguably become the leading voices of the industry, standing — army-booted, bare-footed, or high-heeled stiletto — toe to toe with any artist of today. Highlighted artists will include Bikini Kill, Meg White, Taylor Swift, Queen Latifah, Alicia Keys and Lady Gaga.

National Museum of Women in the Arts (NMWA)
Founded in 1981 and opened in 1987, NMWA is the only museum solely dedicated to celebrating the achievements of women in the visual, performing and literary arts. The museum’s collection features 4,000 works from the 16th century to the present created by more than 1,000 artists.

The National Museum of Women in the Arts brings recognition to the achievements of women artists of all periods and nationalities by exhibiting, preserving, acquiring, and researching art by women and by teaching the public about their accomplishments.

To fulfill its mission, the museum cares for and displays a permanent collection, presents special exhibitions, conducts education programs, maintains a Library and Research Center, publishes a member magazine and books on women artists, and supports a network of state and international committees. NMWA also serves as a center for the performing and literary arts and other creative disciplines. 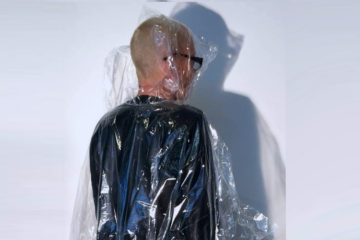 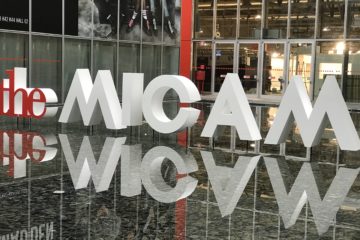 THE MICAM 84 – THE EXCELLENCE, CREATIVITY AND PROFESSIONAL DEVELOPMENT

9 + 1 WAYS OF BEING POLITICAL: 50 YEARS OF POLITICAL STANCES IN ARCHITECTURE AND URBAN DESIGN - MOMA

WOMEN WHO ROCK. VISION, PASSION, POWER – THE NATIONAL MUSEUM OF WOMEN IN THE ARTS – NEW YORK