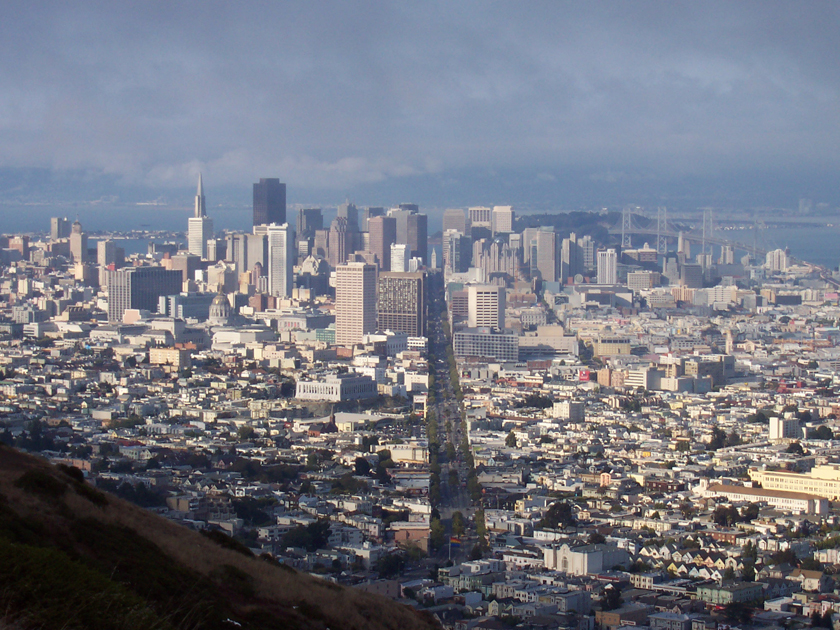 POSTCARD FROM THE BAY – THE REAL LO SHU – MAGIC SQUARE

Dear David and all our London Biennale fellow artists and friends,

A small group of us here in San Francisco and the Bay Area, send our congratulations and solidarity with the many London Biennale artists and supporters around the world! We offer on this last day – the closing day of the 2010 London Biennale event, 28 August – our small “Post-Card  from the Bay” for your pleasure.

When doing my 1999 commission for the Oracle Corporation’s Headquarters building in Redwood Shores, California, I made a version of the Magic Square which was done in non-numeric symbols. For me, the Magic Square was a fitting symbol of our ‘Global information Networking” in the Age of the Internet. A Magic Square is a 9-square grid of numbers that when added in any direction always adds up to the same number – the first and most well-known being the Base 3/5 square – which adds up to 15 in every direction:

The story goes that in the dawn of Chinese history, on the banks of the River Shu (Yu) the Emperor found an ancient Tortoise upon whose belly was the above Magic Square formula – it is, says the Scientific American article on the history of the Magic Square – “the oldest oracular device we know”. For those Oriental scholars out there, at the centre of the Tibetan Wheel of Life – is this Magic  Square – written in Tibetan numerals.
The ancient Taoist used this design – but over the thousands of years from its discovery – in the hands of those who did not appreciate the original ‘patterning’ – it lost its true form and devolved into a mass of dots and lines – which look more like ‘constellation’ charts than the patterns on the belly of a tortoise. What indeed did the Emperor pull out of the river? Was it a tortoise or was it a part of spacecraft? Is it a cover-story for something else that was found – “bearing a strange device” as in the words of Longfellow? We can’t know – and I’m not a UFO fellow traveler, but the story – even now as myth – is very compelling.

When I did my banner-centerpiece for the Oracle Corp. HQ, I tried to make a modern Magic Square in non-numeric form and remembering this story – of its discovery on the belly of the tortoise (the ‘Lo” – meaning the “old” = so “Lo Shu” means “the old (one) of the Lo (Yu) river” = the tortoise) – I used dots on a grid – from which the tortoise motif is indicative – but I made them into suns above a map of the world. (Oracle wanted an art work about ‘global information networking’). My original design made these ‘suns’ fit on a set of 9-grids within the primary grid of 9 space. My ‘suns’ or dots – were arranged as I thought at first to be an ‘artistic’ pattern – but as I sewed the banner together, I noticed that there was a symmetry of 5 suns per strip (of my Strip-Banner).
On examining this – I saw that there was another counter-symmetry in the opposite direction of 5 suns per line until I can to the ‘3’ – however, when I moved the suns in my ‘3’ grid into a straight line (instead of the triangle I had first designed) I was stunned to see that this symmetry of 5 suns per line, up, down and sideways – were all in there. This was the Original Lo Shu! My hair literally stood on end – this was an example of the use of our “artistic method” – become a form of “artistic archeology”.

Oracle loved the idea – and in another story we negotiated for the use rights – and this became the artwork that decorates the 4-story wall of their HQ building.

It was several months later – when that job was done and installed – that I re-visited my Magic Square design and letting my mind wander in what I like to call “languorous repose” – for the first time, I examined the empty spaces in my Magic Square design – and what did I see but ANOTHER EMBEDDED
MAGIC SQUARE within the first!
This “Magic Square within a Magic Square” convinced me entirely of the correctness of my discovery and the astonishing mathematical feat that the original Lo Shu represents – it is a model of the ‘implicate order’ of the universe – where matter and dark matter coincide – but in our human limitations – we cannot see. The famous Yin-Yang is actually a simplified version of the Real Lo Shu – which was the hidden property of the Emperor and Court astrologers, Taoist and Buddhist. A web-search of the ‘Lo Shu’ turns up the Tortoise and the dots – but not the original grid or spacing – which my own research and ‘artistic method’ discovered. It also proves that the Chinese did indeed know about the “zero” – as it occurs in the second, embedded Magic Square (Base 3/4)

Because of the problems with the design team at Oracle – I did not sell them the rights to my design – and instead I registered with the US Library of Congress – where it still resides.

For this 2010 London Biennale – three artists, Stefan Grosiewski, Chelsea Wills and I, proposed a theme show based on this concept – but we could not get a gallery to allow us the space to do our show (a common enough problem for London Biennale artists (!!!) – so we discussed the idea and came up with the idea for an electronic
POSTCARD FROM THE BAY – THE REAL LO SHU. I provided my original design – Chelsea has been working on ‘egg’ themes and Stefan G. is an icon of the international VJ circuit. So we re-conceptualized it as a land-based image as “Eggs laid by the Tortoise Hatching in a naturally occurring in a Lo Shu pattern”.

So here is our POSTCARD FROM THE BAY – THE REAL LO SHU – for the enjoyment and wonder of all – look at it and see the 2 Magic Squares (in baby tortoises and eggs) and study the symmetries – they are from the edge of time. A gift of the ‘artistic method’ we all practice in our lives and works.